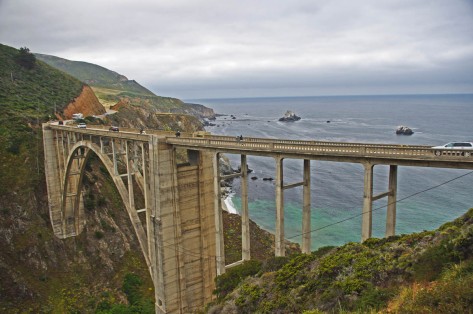 Our transportation infrastructure—roads, railways, waterways, and airports— is what makes the movement of people and goods possible; it drives our economy. In a way, our infrastructure is like a house – America’s house. It needs to be maintained for ourselves and generations to come. In his State of the Union address, President Obama proposed a “fix-it-first” approach to investing in our nation’s deteriorating infrastructure. And the NTSB believes that as these investment decisions are made, safety needs to have a seat at the table.

The “Fix it First” plan makes repairing and upgrading existing roads, bridges and public transportation systems a priority over spending on new projects. In 2006, 70,000 of the roughly 600,000 bridges nationwide were classified as “structurally deficient,” meaning that major deterioration, cracks or other flaws reduced its ability to support vehicles.

Back in 2006, the I35W bridge in Minneapolis was identified as a structurally deficient bridge. Before improvements could be made, that bridge collapsed on August 1, 2007, killing 13 people and injuring another 145. In our subsequent investigation of this tragedy, the NTSB identified three critical factors that contributed to this collapse: (1) a failure in the design firm’s quality control procedures to ensure that all calculations were performed correctly, (2) inadequate design review by Federal and State transportation officials, and (3) inadequate attention to a critical bridge component during inspections.

In “Fix It First, Expand It Second, Reward It Third: A New Strategy for America’s Highways,” a report by The Hamilton Project at the Brookings Institution, authors Matthew Kahn and David Levinson argue that the roads and bridges that make up our nation’s highway infrastructure are in disrepair as a result of insufficient maintenance — a deficit that increases travel times, damages vehicles, and can lead to accidents that cause injuries or even fatalities. This report emphasizes that if we want to prevent future tragedies, such as the I35W bridge collapse, we need to make effective investments that put safety at the center.