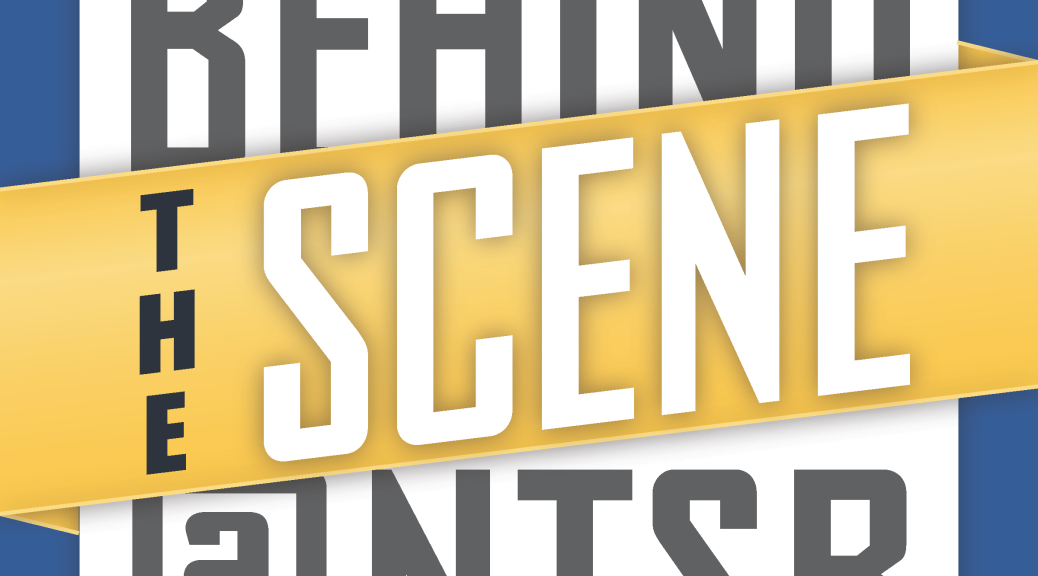 In this episode of Behind-the-Scene @NTSB, we have a chat with Rail Investigator Joey Rhine. Joey shares how he got interested in railroads and the journey he took to get to the NTSB.

He also discusses a few of the investigations he’s been apart of, including the 2015 BNSF derailment in Heimdal, North Dakota.

Get the latest episode on Apple Podcasts or on Google Play.

In this episode of Behind-the-Scene @NTSB, we have a chat with Safety Recommendation Specialist Mike Hamilton. Mike’s specialty is safety recommendations related to Rail, Pipeline, and Hazardous Materials. He gives a glimpse of his passion and interest in the railroad and shares how he has traversed the United States over a dozen times by rail!

Get the latest episode on Apple Podcasts or on Google Play.

The NTSB is releasing a series of blogs highlighting the progress the transportation community is making in each mode to advance issues on our 2017–2018 Most Wanted List. This series sheds light on the progress made and what needs to be done going forward to improve transportation safety. This is the second post of the series.

We’re now midway through the 2017–2018 Most Wanted List cycle, and we’re eager to learn how this year will measure up to previous years. The past 2 years have resulted in an increase in highway traffic fatalities­­—from 32,000 roadway deaths per year in 2014 to more than 37,000 in 2016­­—so clearly, improvements are vital. We checked in with stakeholders on the progress they’re making to address the most pressing issues, and they’ve updated us on their successes and struggles. Here’s where we stand. 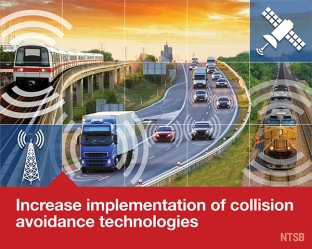 Expand recorder use to enhance safety

End alcohol and other drug impairment in transportation

In 2017, we saw progress on reducing alcohol impairment in transportation. Utah became the first state in the nation to pass a law setting a .05 percent blood alcohol content per se limit, and Nebraska and Oklahoma passed all-offender ignition interlock laws. The Federal Motor Carrier Safety Administration (FMCSA) published a final rule establishing the Commercial Driver’s License Drug and Alcohol Clearinghouse, and NHTSA developed training programs addressing the full range of responses to alcohol impairment, from enforcement through adjudication. Yet, we still need more states to strengthen their impaired driving laws and enforcement. We also need improved “place of last drink” (POLD) data to help law enforcement officers deter future violations, and we need better methods to measure impairment by drugs other than alcohol.

In terms of medical fitness, we’ve criticized both the FMCSA and the Federal Railroad Administration because they have withdrawn their advance notice of proposed rulemaking regarding obstructive sleep apnea, which could have led to a rulemaking to address this important issue for people in safety-critical positions. In the highway mode, untreated moderate‑to-severe sleep apnea disqualifies drivers from operating large commercial vehicles because it affects driving safety, yet clear guidance is needed to assist medical examiners in identifying the condition. Nevertheless, the FMCSA has made notable progress by developing a National Registry of Certified Medical Examiners that lists all medical professionals who are qualified to certify drivers. This is a step in the right direction.

The FMCSA took another important step to improve safety when it implemented the electronic logging device (ELD) rule in December 2017. The rule requires the use of technology to automatically track driving and duty time. The NTSB advocated for such devices for many years because they enable better enforcement of hours-of-service regulations and can lead to reductions in drowsy driving among truck and bus drivers.

Our roundtable earlier this year, “Act to End Deadly Distractions,” brought together survivor advocates and experts throughout industry and government to discuss progress on state laws. We are beginning to see states consider legislation that would completely ban the use of hand-held devices, which highlight manual and visual distraction, but public awareness of the cognitive distraction that can result from hands-free device use remains very low.

The good news this year on occupant protection is that motorcoaches are now built with lap and shoulder belts for all passenger seating positions. Now we’re focusing on all motorcoach passengers properly using those belts and using them every time they ride. We are urging primary enforcement of seat belt laws for all vehicles, including large buses equipped with belts, at every seating position, and we’re calling for safety briefings on motorcoaches similar to those delivered on commercial flights that explain seat belts and other safety features. As for passenger vehicles, some states, such as Massachusetts and New Hampshire, are considering joining the 34 states that already have primary enforcement of mandatory seat belt laws. Primary enforcement of mandatory seat belt laws is proven to increase seat belt use and, thereby, reduce the number of deaths and injuries on the roads. Regarding motorcycles, we are concerned that some states are repealing their helmet laws, because we know reduced helmet use will lead to more traumatic brain injuries and deaths.

Critical topics that touch on these highway safety issues are speeding and roadway infrastructure. Our recent safety study on speeding establishes what many of us already know but may not always apply: speeding increases the risk and severity of a crash. Here again, along with other safety recommendations, we’ve identified available technologies that can save lives but are not currently in use. The importance of infrastructure was highlighted recently by our highway accident report on a motorcoach collision that killed 2 people and injured 14 others. An unrepaired crash attenuator, an unmarked gore area, and out-of-compliance signage were cited in the report, in addition to the lack of seat belt use by most of the occupants.

Finally, we continue to urge all large highway vehicles be required to be equipped with recorders that capture a standard set of parameters. Event data recorders are vital investigative tools in every transportation mode—they help us do our job better and faster by providing valuable information after a crash so we can figure out what went wrong and make recommendations that prevent future injuries and deaths. Unfortunately, in crashes involving large trucks or buses, we are often left with limited data from the vehicle about the crash. We learn much more from passenger vehicles in crashes than from trucks and buses because of the standards NHTSA has developed (no such standards exist for trucks or buses). These standards are critical for large-vehicle operators, who can use recorders to train their drivers and increase safety.

The Most Wanted List midpoint mark allows us to reflect as well as plan and set new goals for the upcoming year. Although we have a long way to go to reach zero fatalities on our roadways, the efforts highlighted above, innovative partnerships and strategies, and bold actions to advance our recommendations are what we need to make America’s roadways fatality-free.

Dr. Robert Molloy is the Director of the NTSB’s Office of Highway Safety.

Super Bowl Sunday is almost here! Are you rooting for the Patriots or the Eagles? Some of my earliest memories of the Super Bowl are of my three older brothers watching Tony Dorsett and Roger Staubach play (maybe it was all their boyish yelling at the TV that left such a strong impression on me!). Even though their beloved Cowboys haven’t made the playoffs in many years, my brothers still love the Super Bowl.

As for me, I have to admit, one of my favorite parts of Super Bowl weekend is all the food and drinks. If drinking alcohol figures in your Super Bowl plans, just remember to also plan to get home safely afterwards. If you’re with friends or family, help them make a plan, too, so that no one attempts to drive after drinking. Being safe doesn’t mean you

can’t have a good time; it simply means making sure you have a safe ride home so you aren’t killed or injured—and so that you don’t kill or injure someone else—in a car crash after the big game. You can call a sober friend, have a designated driver, take public transportation, use a taxi or rideshare service, or simply stay over at your host’s house—you have a lot of options to separate drinking from driving!

If you follow stats, you probably know that Super Bowl LII marks only the 3rd time in history that the two teams are ranked in the top 5 for both offense and defense (one of the others was Super Bowl XIII, when I’m sure my brothers were upset that the Steelers defeated the Cowboys). Unlike football stats, though, we can all be angry about the stats for alcohol-impaired driving deaths. More than 10,000 people die in the United States every year in a crash where someone was drinking and driving—that’s almost 30 deaths every day. Super Bowl Sunday is one of the deadliest days of the year, with a 41 percent increase in deaths, which is more than the increase in deaths on New Year’s Eve.

But these deadly stats don’t have to come true this year. We can do something about it by

simply separating our drinking from our driving. In these days of instant information and constant technology, we can easily call a friend, get a rideshare, find out the public transportation schedule . . . if you have a phone, you have a ride. Choose one: drink or drive. Not both. It’s really that simple, and it may save your life.

Two of my friends are vacationing in Utah and will be watching the game from there. Did you know that Utah just passed a law to lower their illegal per se blood alcohol concentration (BAC) limit from .08 BAC to.05 BAC? Lowering BAC limits is a safety recommendation we made several years ago as part of our Reaching Zero report, and it’s also highlighted as an effective safety measure in the National Academies of Sciences, Engineering, and Medicine’s report, Getting to Zero Alcohol-Impaired Driving Fatalities, an independent study that was published a few weeks ago. Even at .05 BAC, your coordination is compromised, you have difficulty steering, and your visual functions decline (actually, visual abilities decline starting at .02 BAC). All states have at least a .08 BAC law, but the .05 law in Utah will help further reduce the number of drunk drivers at all BAC levels, even high BACs. I’m glad my friends in Utah will be safer this Super Bowl Sunday, but what about people in other states and territories? Impairment has once again made the NTSB’s Most Wanted List, and we continue to work to save those 10,000+ lives that are lost every year across our nation in alcohol-impaired driving crashes.

This year, as we get ready for our Super Bowl celebrations, let’s not forget to separate our drinking from our driving, and remind our friends and family to do the same. Like my brothers, you’re probably making plans to watch the game this Sunday—at home, at a party, in a sports bar . . . or maybe you’re one of the lucky fans who will be watching live in Minneapolis. No matter where you will be for the game, don’t forget to make plans for a safe and sober ride afterwards.

And, regardless of whether you’re rooting for the Patriots or the Eagles, remember that all of us at the NTSB will be rooting for you to get home safely this Super Bowl Sunday.

*Did you know? The term ‘hail mary’ gained popularity when quarterback Roger Staubach described his 50-yard touchdown pass to Drew Pearson to beat the Minnesota Vikings in the closing seconds of a 1975 NFC playoff game. A ‘hail mary’ pass is unlikely to be completed, but the successful pass will have game-changing consequences – hence the reference to prayer. You throw a ‘hail mary’ when failure is not an option, but success is vanishingly unlikely.