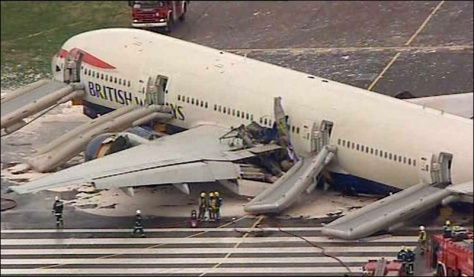 The giant Boeing 777 was coming to the end of a routine flight from Asia and on a nearly perfect descent into Heathrow when the pilot goosed the throttle for a little bit of power on final approach.

That’s when both engines quit.

The British Airways crew worked feverishly to stretch out the airplane’s glide to make it over a busy highway and just over the airport fence. The airplane crashed into a grassy field just 1,000 feet short of runway 27L and did a complete 180-degree turn. Miraculously, there were no fatalities on that January 2008 flight.

The UK Air Accidents Investigation Branch took the lead on the investigation. The NTSB was the accredited representative and Boeing was a technical adviser. Everyone went to the airplane, which is what accident investigators do. But nothing jumped out. There was no smoking gun. The flight data recorder showed a normal flight, up until the engines stopped providing power. The engines checked out mechanically.

It was only after investigators started crunching data did we find out what really happened. Unlike in the United States, European crash investigators have long had access to data on successful prior flights, allowing them to compare the accident flight with many others.

This is what we hope to be able to do with the NTSB’s agreement to share information with the Aviation Safety Information Analysis and Sharing (ASIAS) Executive Board. Under ASIAS, airlines and unions already voluntarily share safety information with FAA to identify trends.

During the 777 investigation, British Airways provided data on about 1,000 previous Beijing-Heathrow flights flown by 777s. The data showed that the accident flight flew at a slightly higher altitude during slightly colder-than-normal temperatures. But what really stuck out was that the accident flight descended largely with its engines in idle – unlike most of the other flights.

Investigators starting focusing on how the engines behaved during long periods of idle in cold temperatures. And they found that an icy slush can build up on the fuel/oil heat exchanger, blocking fuel when the throttles are then increased. That finding led to new procedures and then a new design fix.

This accident probably could not have been solved just by looking at the wreckage and the flight data. Because the icy slush – the evidence — had melted long before investigators could find it. It was solved using data.

This is why the NTSB’s recent agreement is so important. Now we may be able to compare an accident flight with what occurred during similar, successful flights. This data gives us an important new tool for solving accidents that might not be readily solved just by looking at the accident wreckage and flight data.

Next Wednesday is the single-busiest travel day in the United States. AAA projects 43.6 million people will travel 50 miles or more during next week’s Thanksgiving holiday weekend, including 39 million people in automobiles. That’s more people in cars than live in Maine, Maryland, Massachusetts, Michigan, Minnesota, Missouri and Montana combined.

That’s a lot of people on the road. Tragically, it also means a lot of empty seats at Thanksgiving tables since, historically, about 500 people have been killed in highway crashes during the long holiday weekend.

In my eight years at the NTSB, I have been at 19 major accident scenes. There is nothing that makes the point about the importance of family and friends than seeing how things change in the blink of an eye.

Things can change that quickly.

But, we can do better.

• Improving the Safety of Bus Operations

• Preserving the Integrity of Transportation Infrastructure

The new Most Wanted List also addresses four other aspects of transportation safety:

I’ll be writing about all ten areas in future blog posts. But, you can start to improve transportation safety right now with the choices you make, such as buckling up, choosing not to drink and drive and by putting attention back in the driver’s seat. 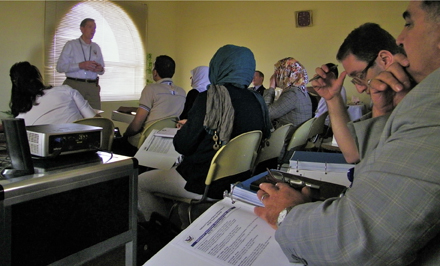 The Iraq Minister of Transportation Hadi Al-Amiri and Captain Nasser-Bander, director of the Civil Aviation Authority, both participated. Minister Al-Amiri told the group, “I appreciate the support from the U.S. National Transportation Safety Board, the U.S. Embassy and Transportation Attache’s office and I want the class to know that I support not only this training but will support further training in order to further build our accident investigation capabilities.”

The class was well received and as follow-up, NTSB will work with the Embassy to bring students to the two-week basic aviation accident investigation course in April at the NTSB Training Center in Ashburn, Va.

This month, I’ve been asked to speak to the University of Michigan’s Aerospace Engineering Department as a guest lecturer at one of their seminars. I have to say, this is a distinguished honor for me as an aerospace engineer and more importantly as an alumnus. Not only does this event give me an opportunity to visit the beautiful Ann Arbor campus in the fall, but also a chance to discuss the NTSB’s investigation into the crash of “The Galloping Ghost,” a highly modified P-51 in the unlimited class of the annual Reno Air races, with aspiring aerospace engineering professionals.

This accident, which occurred on Sept. 16 at the 2011 Reno Air Races in Nevada, certainly presented a number of investigative challenges in terms of identifying the probable cause of the accident. It also involved a variety of aerospace engineering subjects of interest. As a result of this accident, the NTSB issued a number of safety recommendations – and in advance of the completion of the investigation. Of primary note, for the benefit of the aerospace engineering community, were recommendations concerning the need to conduct an engineering evaluation, including flight demonstrations and analysis within the flight envelope, for any aircraft that has undergone a major modification, such as to its structure or flight controls.

These recommendations were issued specifically to the air racing organizations involved with the Reno Air Races. However, the topic of the recommendations, along with other aerospace topics highlighted in this investigation are worth sharing with the broader aerospace community, and what better place to start and drive the point home than with aerospace engineering students.

Bottom line: Any major modification to an aircraft is likely to affect its integrity, flight characteristics, and performance; unintended consequences from such modifications can be avoided, if they are properly undertaken and evaluated. GO BLUE!

Earl F. Weener, Ph.D., took the oath of office as a Member of the National Transportation Safety Board on June 30, 2010.

Member Weener is a licensed pilot who has dedicated his entire career to the field of aviation safety.

Getting the safety message out to the General Aviation community is a top NTSB priority. Today, I took those words to attendees of the ninth annual TBM Owners and Pilots Association convention in a presentation on managing fatigue risks in aviation operations.

Hundreds of people are killed every year in GA accidents and thousands more are injured. While the number of commercial aviation accidents has plummeted, GA has the highest accident rate in civil aviation–over 40 times greater than larger transport category operations. Unfortunately, the major causes of GA accidents remain the same and repeat the circumstances of previous accidents.

The TBM Owners and Pilots Association was founded for operators of Socata TBM planes that are high performance, single engine, turboprop light business and utility aircraft. The organization is dedicated to promoting safety to its members and is concerned about the GA safety risks posed by fatigue.

That concern is mutual. Fatigue has been on the NTSB’s radar for some time.

The NTSB has been increasingly focused on GA safety with numerous recommendations, reports, studies, and a forum on the subject. It is currently on the NTSB’s Most Wanted List of transportation safety improvements and we have made over 200 recommendations on the issue, across all modes. Unfortunately, the connection between the two and the detrimental effects of flying while fatigued are well-documented in the agency’s work, and presentations like the one I gave today are essential to engaging this community as a partner in making GA flying as safe as it can be. While we have made strides in commercial aviation, so much more needs to be done in GA to address this known safety problem.

My presentation discussed: 1) fatigue as a safety risk in GA; 2) the physiological factors that create fatigue; and 3) the NTSB’s fatigue-related investigations and recommendations in aviation and all transportation modes.

Reducing GA fatality rates and injuries requires optimum pilot and maintenance personnel performance. This begins with good sleep and being alert. Even the world’s best and safest aircraft would be compromised if the pilot were not fully prepared for flight. Fatigue can slow reaction time, impede clear thinking, and impair good judgment. It degrades a pilot’s performance at all levels and places everyone at risk. Today, TBMOPA provided a good opportunity for its members to learn more about the safety risks associated with fatigue and actions they can take to enhance GA safety.

Mark Rosekind, Ph.D., is a Member of the National Transportation Safety Board. He is a frequent contributor to the NTSB blog.