Today marks the 20th anniversary of the Olympic Pipe Line rupture in Bellingham, Washington, which resulted in the release of about 237,000 gallons of gasoline into a creek that flowed through Whatcom Falls Park. Sometime after the rupture, the gasoline ignited and burned about 1.5 miles along the creek. Two 10-year-old boys and an 18-year-old young man named Liam Wood died; 8 others were injured.

Liam had just graduated from high school and was fly fishing when he was overcome with fumes from the rupture. Years later, I met Liam’s stepfather, Bruce Brabec, as a staffer on Capitol Hill. Since Liam’s death, Bruce has been a tireless advocate for closing gaping holes in pipeline safety regulations, many of which have been revealed as a result of our pipeline accident investigations.

This past fall, I saw Bruce at a pipeline safety conference. The discussions over the days that followed left me wondering how much we’ve accomplished over the last 20 years. Is our pipeline system truly safer?

From a numbers standpoint, it’s good news and bad news. According to the Pipeline and Hazardous Materials Safety Administration (PHMSA), there were 275 significant gas and hazardous liquid pipeline incidents in 1999, resulting in 22 fatalities and 208 injuries. Since that time, the number of significant incidents has fluctuated as PHMSA adopted new reporting criteria, with 288 significant incidents occurring in 2018.

Fatalities and injuries have decreased since 1999 to 7 fatalities and 92 injuries in 2018, but that provides no comfort for victims, their families, or their loved ones. The fact is, although pipelines are one of the safest ways to transport hazardous material, the impact of just one incident can be devastating. And although the number of accidents is low compared to other modes like highway and rail, there is much more that pipeline operators and federal regulators can do to get to zero incidents, zero fatalities, and zero injuries on our nation’s pipeline system.

Our recommendation for operators to install automatic or remote-control shut-off valves in high‑consequence areas is a perfect example. In 1994, we investigated a natural gas transmission pipeline rupture in Edison, New Jersey, which resulted in a fire that injured 112 people and destroyed 8 buildings. Pipeline operators were unable to shut down the gas flow to the rupture for 2½ hours. Our report on the accident recommended that the Research and Special Programs Administration (RSPA), PHMSA’s predecessor, expedite requirements that automatic- or remote‑operated mainline valves be installed on high-pressure pipelines in urban and environmentally sensitive areas so that failed pipeline segments can be rapidly shut down. We have been recommending valve installation in some form on pipelines since 1971.

In response, RSPA issued a regulation requiring operators to install a valve only if the operator determines it will efficiently protect a high-consequence area in the event of a gas release.

Fast forward to September 9, 2010, when an intrastate natural gas transmission pipeline owned and operated by the Pacific Gas and Electric Company ruptured in a residential area in San Bruno, California. The rupture produced a crater about 72 feet long by 26 feet wide. The section of pipe that ruptured was found 100 feet south of the crater. The released natural gas ignited, resulting in a fire that destroyed 38 homes and damaged 70. Eight people were killed, many were injured, and many more were evacuated from the area.

In our report on the accident, we once again recommended that PHMSA expedite the installation of automatic shutoff valves and remote-control valves on transmission lines in populated areas, drinking water sources, and unusually sensitive ecological resources. Congress then required PHMSA to implement the recommendation in the Pipeline Safety, Regulatory Certainty, and Job Creation Act of 2011 (PL 112-90).

It’s been a decade since San Bruno, and PHMSA is nowhere near issuing a final rule to implement our recommendation. This issue is highlighted on our 2019–2020 Most Wanted List of transportation safety improvements (Ensure the Safe Shipment of Hazardous Materials). 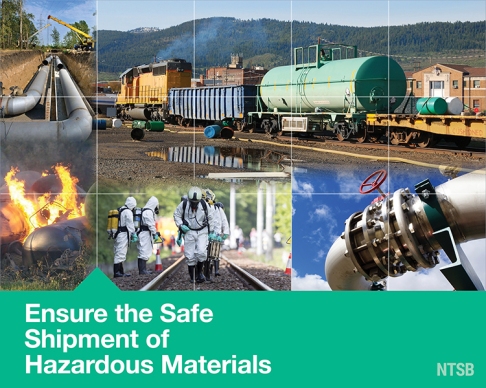 It’s my hope that over the next few years, we’ll see some real improvements in pipeline safety and avoid tragedies like the ones in Bellingham and San Bruno. With the technology we have readily available today, there’s absolutely no reason for any parent to have to face the loss of a child because of a pipeline accident. I hope that the next time I see Bruce Brabec, we’ll finally have the regulations in place that he’s worked so hard for on Liam’s behalf.